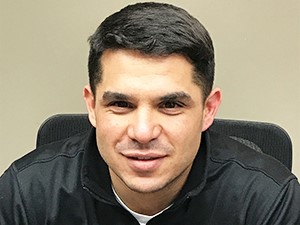 As the fifth generation of the family to join Arnoff Moving & Storage, Daniel has been around the moving industry his whole life. Starting out at a young age as a helper in the warehouse, he spent many summers just sweeping the floors and folding moving blankets. Over time he began to learn the ins and outs of the business, how to pack boxes, how to load trucks and also in later years how to successfully run the operations department during the busy summer months. After graduating with a degree in business from The George Washington University, he went on to work the Washington, DC sales territory at Victory Van Corporation in Alexandria, Virginia. After two years with Victory, Daniel moved to Florida where he became Business Development and Sales Manager for Arnoff Moving & Storage of Florida, he handled projects for clients as diverse as public school districts, retail clothing stores, and the United States Marshall Service. Daniel now serves as Arnoff Moving & Storage’s Business Development Manager in the lower Hudson Valley.

Let's Get You a Free Quote!

See how much you can save

Get a Worry-Free Estimate with a Video Quote

Complete this form to get started on recording your home for your free moving video quote -- fast, free and easy!

Get Started on Video Quote

Get a Worry-Free Estimate with a Video Quote

The Arnoff movers took great care with our furniture, particularly the older pieces. They worked hard throughout a very long day, and were able to get a large amount of furniture properly situated in one day. Arnoff was definitely the right choice fo...

Planning and executing a move can be a very stress-inducing experience. From packing up all of your household goods to safely driving them and unpacking them, there are many...